The four-axis drive has been one of the most popular drives for decades. In fact, the ANT-C1 is probably one of the most widely used drives in self-made models worldwide. 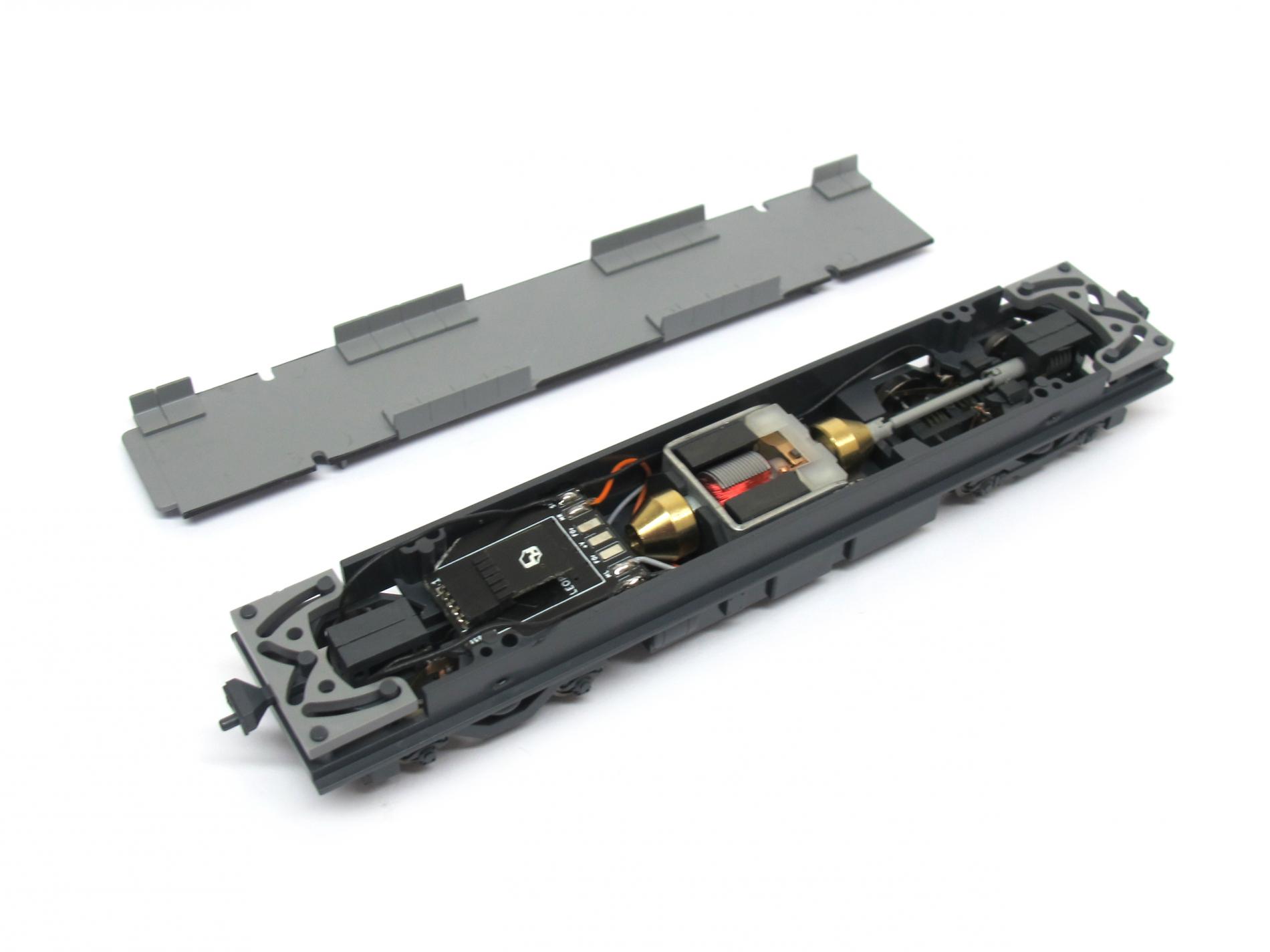 The drive technology division of Halling Modelle emerged out of necessity many years ago. Many customers had purchased free-standing models from your transport company, as no motorized models were offered. The enterprising company founder saw his opportunity and offered fully wired drive trolleys that breathed life into the floor-standing models in just a few simple steps.

It was noted with astonishment, that there are apparently far more models of the Vienna C1 on the market than expected. The four-axis drive has been one of the most popular drives for decades. In fact, the ANT-C1 is probably one of the most widely used drives in self-made models worldwide. Often heavily modified, the tram drive can be found under railcars of all countries and gauges and now it has a worthy competitor:

the ANT-BLX originally comes from the models of the Berlin subway. Due to the simple, robust construction it is suitable for a whole range of conversions and self-constructions. As with the ANT-C1, different versions are offered and even these can be further adapted to the model vehicle. For the first time, the pre-assembled coupling kinematics allows operation in a train! If you don't need that, you can simply remove the clutch and its kinematics. The parts are just plugged in.

The new drive is offered ex works in two motorizations, standard or bell-shaped armature, and optionally with a six-pole NEM651 interface. On request and with a short waiting time, different wheel diameters (8, 9, 10mm) and the gauges H0, H0m and H0e are also available.

As a special service for do-it-yourselfers, 3D artists and synthetic resin carvers, 3D data of the new drive are available for download for the first time. This service will be extended to other standard drives in the coming weeks and months.