The "real" VT 5090 on the Zillertalbahn! Now available again!

From spring 2013, the railcar began its scheduled service in the Zillertal and is still in operation today in much the same version. 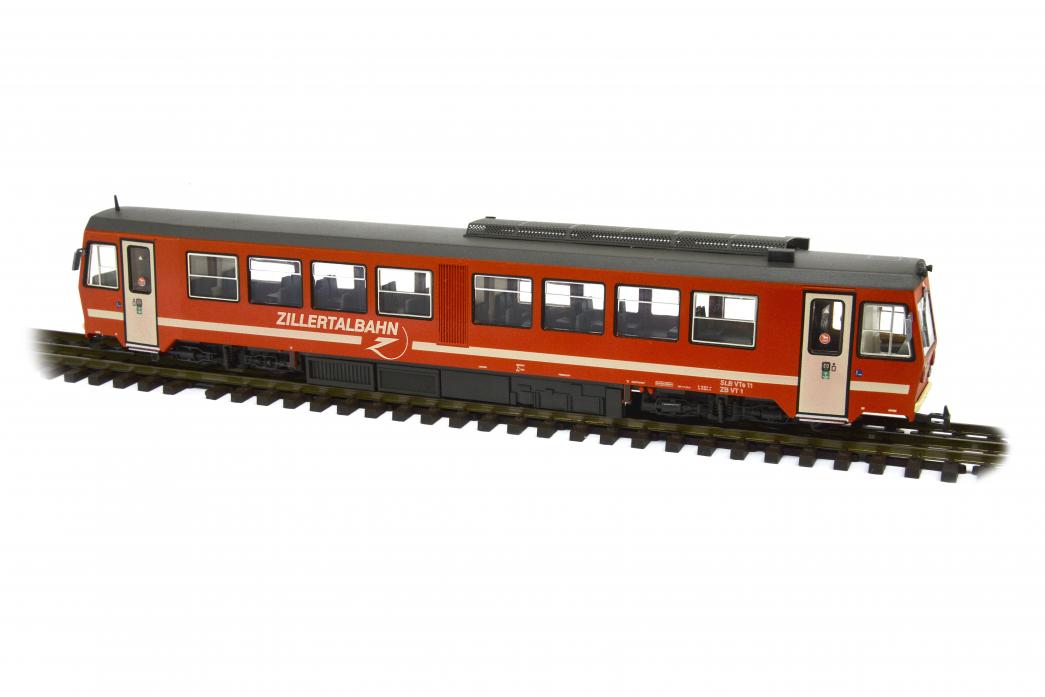 The railcar 5090.001 was delivered in spring 1986 by the Knotz company from Vienna to the ÖBB in Zell am See for the Pinzgauer local railways. In 2008, when the route was taken over by the State of Salzburg, the vehicle was given the new number VTs11. In 2012 an exchange was agreed with the Zillertalbahn, whereby the VTs11 was relocated to Tyrol and was therefor only 5090 in the Zillertal to be used. Among other modifikations, this gave him his new number ZB VT1. The paintwork was also adapted to the color scheme of the Zillertalerbahn in the course of the relocation. From March 2013, the railcar began its scheduled service in the Zillertal and is still in operation today in much the same version.

The models of the new VT1 edition are factory-fitted with a new circuit board with NEM651 interface. Digitization is easy (MX622N). Upon request when ordering, the models can also be digitized at the factory (H90-DIGITAL). The running characteristics and driving noise could be improved.