One of a kind!

The ÖBB B4ip/s 3260-o is the last documented representative of the rare Mariazellerbahn waggons with stipes. The ÖBB BD4ip/s 4240-3 completes the series and turns the 4 individually presented models into a set. 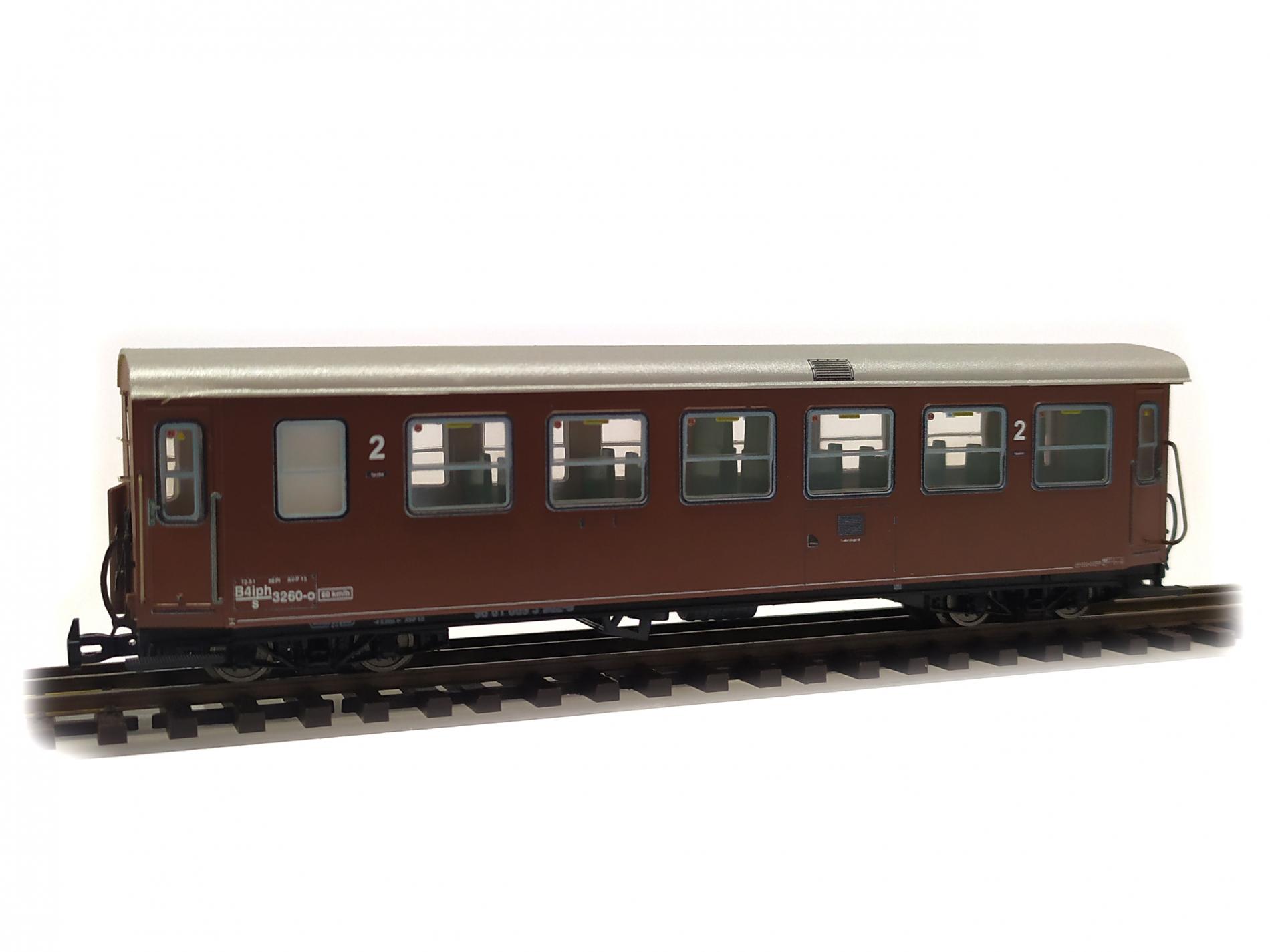 These two cars of the current MzB series are classic representatives of their time. The ÖBB B4ip/s 3260-o is also the last representative of the rare wagons with stripes on the Mariazellerbahn. For elusive reasons, some of the 32 and 31 carriages were decorated with an elegant, thin white stripe. But this never caught on as a colour scheme and thus examples are rare. The new model of the ÖBB BD4ip/s 4240-3 is based on the popular model from Stängl Modellbahnen*.

For the first time, the BD model is being offered with an exemplary interior, all relevant pictograms and individual window prints, thus completing the current MzB series in an exemplary manner.

* We are painfully aware that the window layout of the model does not correspond with the original vehicle. Originally designed as an interchangeable tool, the injection mold for the car body was permanently converted to the BD2 almost two decades ago. The resulting problems with interior design, roof and window inserts lead to higher manual labor and model price. The costs of a new BD1 mold in connection with the expected sales figures in the next 5 years (!) would make the model price jump to € 117.00. We hope that the current alternative is an attractive compromise.