The "second" real KSW of Vienna! 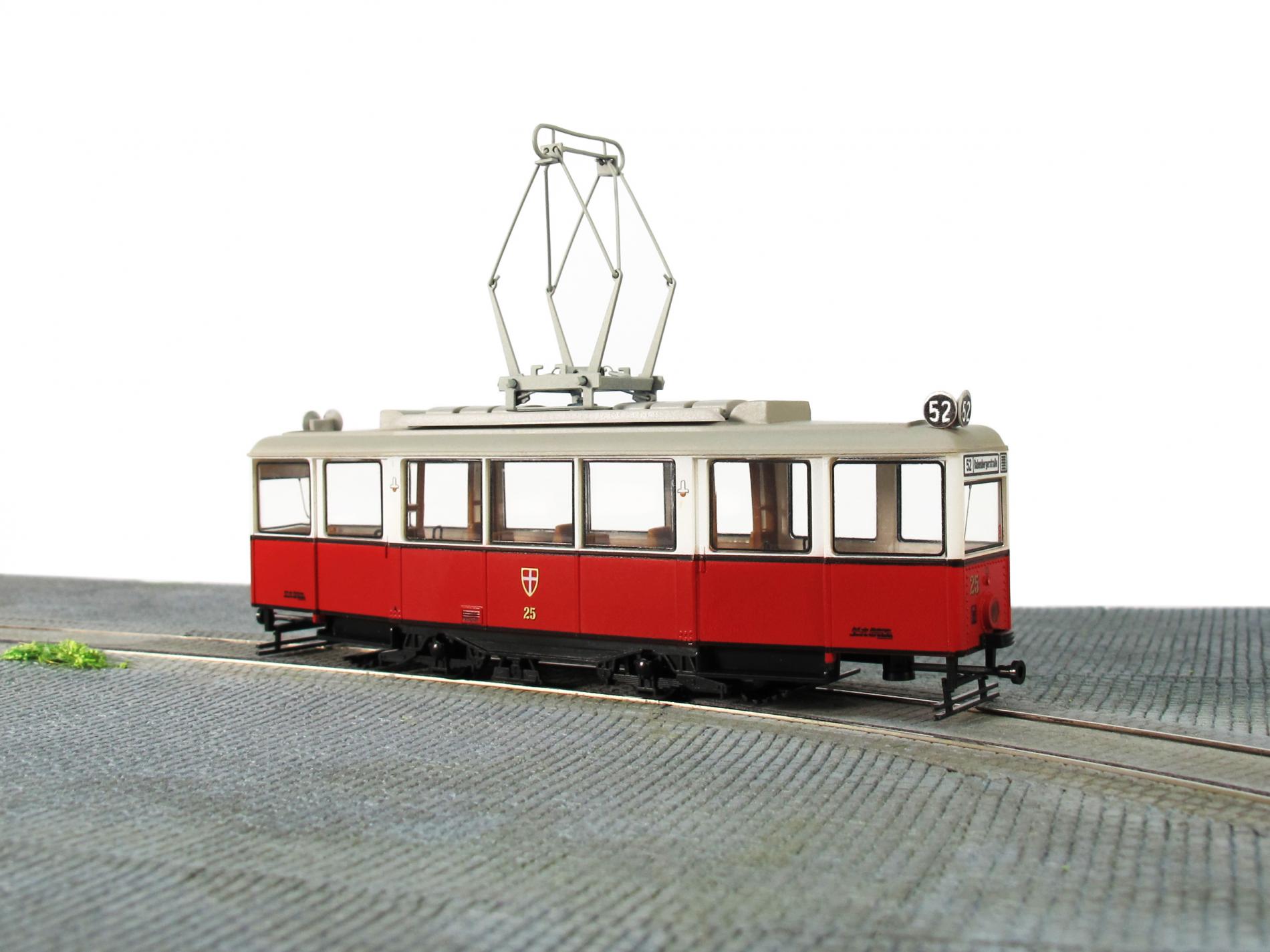 While car 20 was still documented without a number box on the roof, the current KSW with number 25 apparently never operated without it. He was also one of the few KSW that was operated as a red and white Viennese and not in a sand-colored protective coating! The target shield box was still attached to the right of a ventilation grille above the windshield.

The line was indicated on the target sign. The car number was written on the front with large golden shadow numbers, on the side the more modern Viennese coat of arms (white cross on a red background) and a small golden shadow number were written. The cars were mainly used on lines 52, 58 and 59.

The models are based on the KSW model from Stängl Modellbahnen, which Halling Modelle has equipped with new clear and finely printed windows, interior fittings and a number of fine, small details. The models of the red-white KSW represent the continuation of the KSW series. As with the models of the Munich KSW and the Stuttgart KSW, which are now out of print, new, fine accessories and individual decals were designed to carry out a little model maintenance.