The model of the VB 211 is based on the intermediate car of the 4090 models from Stängl MODELLBAHNEN and has been lovingly and comprehensively renewed like its original model. 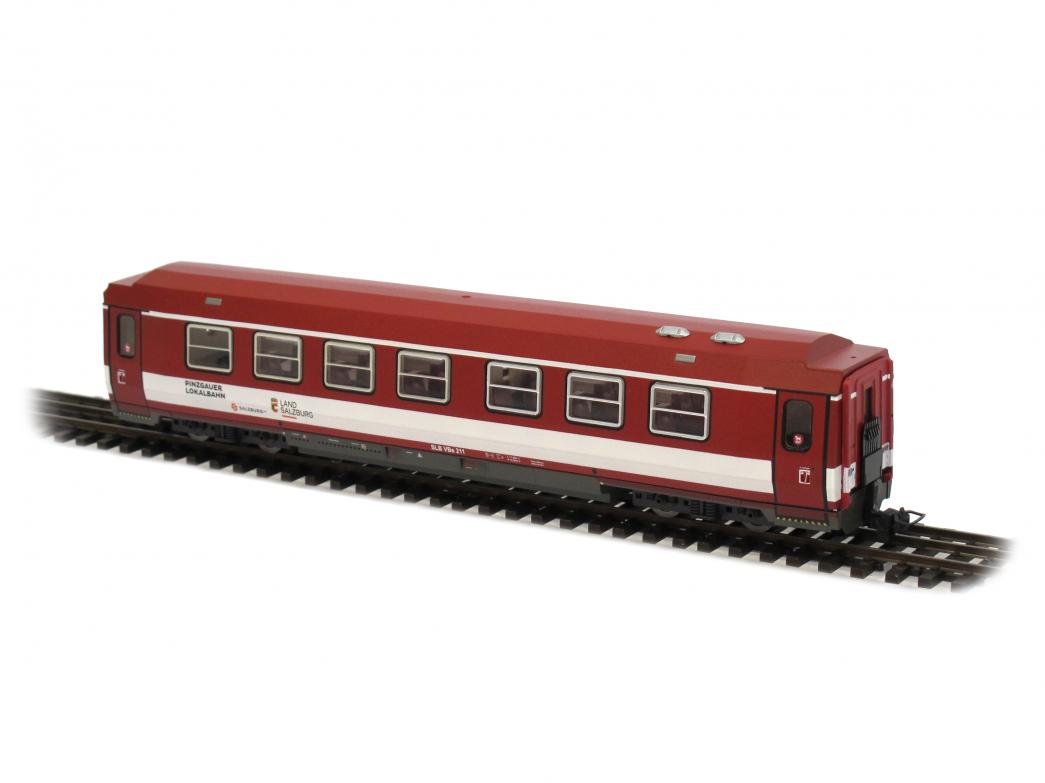 In the mid-1990s it was time to procure a new generation of vehicles on the Mariazellerbahn. It was decided to move away from the tried and tested locomotive and wagon concept and introduce multiple units railcars instead. The 4090 series of the ÖBB is a serie of three electric narrow-gauge railcars that were built for the Mariazellerbahn and, due to its unique power system (single-phase alternating voltage of 6.5 kV at 25 Hz), were only used there. A total of seven vehicles were procured, namely three railcars, three intermediate cars and one control car. With these vehicles two different sets were formed.

In 2013, the two multiple units became superfluous due to the delivery of the NÖVOG ET 1 to 9. After long deliberations, it was finally decided to hand over all vehicles to the Pinzgauer Lokalbahn. It was planned to put the middle and control cars back into operation and, if the necessary funding is provided by the EU, to convert the railcars into accumulator railcars. In September 2020, however, the power cars were scrapped after vandalism.

An intermediate car with a low-floor control car has been in use on the Pinzgauer Lokalbahn since 2019 and a control car is being prepared for operation in Zell am See. The model of the VB 211 is based on the intermediate car of the 4090 models from Stängl MODELLBAHNEN and has been lovingly and comprehensively renewed like its original model.

It was necessary to completely overhaul the 20-year-old models, to revise the bogies, to adapt the car ends to the original with the help of resin components. A spring-loaded, functional and exemplary kinematic coupling was designed with the greatest care which is essential for use without the 4090 train set.